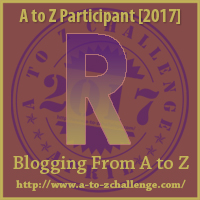 Simon falls back against the stiff pillows, twitching uncontrollably all over and uncomfortably aware that he’s wearing a hospital gown and the inside of the crotch area is sticky and moist. A glance to the left, blank wall and an empty chair. A more panicked glance to the right and he sees a doctor withdrawing a needle from his IV line, and his wife standing nearby looking worn down and stressed.

He wonders why people say things like that. No one startles awake in a hospital bed because they’re fine. The doctor shines a bright penlight light in his eyes, causing him to advance steadily up Simon’s list of people he strongly dislikes.

“Do you remember anything about what happened?” the doctor continues.

Simon’s thoughts are jumbled and slow. He shakes his head, both trying to clear it and indicate that no, he doesn’t.

The doctor tells him that he’s been in the hospital for a few days now. Not in a coma, exactly — brain activity suggests that he was in a deep sleep and actively dreaming. “Pretty good dreams, by the looks of it,” the doctor jokes.

For a moment Simon is puzzled, but as the doctor goes on about hypersomnia and a regimen of pills that can help regulate his sleep patterns, he is uncomfortably aware of his body beneath the blanket. Then he remembers more about the past few weeks — waking up feeling like he’s had the best sex in his life, and going through the day feeling like a sleepwalker as though something was missing. He recalls upping his daily coffee intake but still feeling drowsy, and starting to find excuses to nap during the day. What he can’t remember are the dreams themselves. Every time he remembers a fragment of one it slips away, so frustratingly elusive that even now, here, he feels the need to chase it back into sleep and find it there. His cock even twitches slightly at the thought, which he is grateful that the doctor doesn’t seem to notice.

When he’s finally discharged and his wife drives him home, the silence in the car is thick and awkward. They’ve been seeing a couples therapist for a few months now, trying to work out why their sex life is dwindling to nothing and, more recently, why he’s been such a wet dream zombie lately. Simon supposes that this hospitalization will be the main topic of conversation in their next session.

It’s a long ride home. He nearly dozes off in the passenger seat, then catches himself and turns the radio on, tuning it to the loudest, roughest music he can find.

Simon faces the next week feeling as though he constantly has a pill bottle in one hand and a glass of water in the other. He’s on sabbatical from work, partly because of the hospital visit but, his boss finally tells him, also because he fell asleep in a few meetings and made his nearby colleagues feel awkward. Hanging up the phone after that particular conversation, his face burning with humiliation, he goes on his computer and searches for something, anything, that might explain why this is happening to him.

He feels hollowed out. Sex is, more or less, all he thinks about but it never quite takes him fully over the edge that he knows is there — not with his wife, not with his hand, not even with some experimental toys. He could come all day and still feel unfulfilled. All that constant but unslakable, ungrounded lust is exhausting, and to top it off there are screaming arguments on a daily basis. With his wife, with the kids… hell, even with the TV remote for running out of batteries. He’s so on edge that just about anything can send him into a rage.

Simon stops taking the pills and starts popping tic tacs instead, so no one will notice. He’s just so tired.

4 thoughts on “#AtoZChallenge — R is for Reemergence”