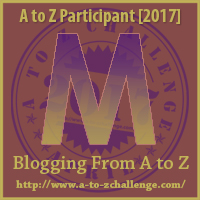 The music box sat on the shelf for years until he walked in. It had big brass turning key spouting organically from the intricate carvings on its side, and was tied shut with a white ribbon. Subtle dips and twists in the wood caught his attention, especially the design on the lid, and he reached out to feel it. A layer of dust clung to his curious fingers.

The sudden voice in the seemingly deserted antique shop nearly made him jump out of his skin. He snatched his hand back and looked around guiltily. “Yeah,” he squeaked, and the stupid high pitch of his voice made him feel even more embarrassed.

But the person who’d spoken was an unassuming figure, short and bald as a cue ball and dressed in shapeless gray clothes. A little name tag clipped to one lapel read Mo in large letters, with a smaller Owner inscribed beneath it.

Out of deeply ingrained habit he tried to peg Mo as either a man or a woman, but came up blank. He felt his cheeks redden even more when he realized that he’d even tried.

“It’s all right,” Mo said kindly. “There’s no rule about not touching the merchandise. Although, for that particular item, I have to ask you not to open it and look inside. What’s your name, if I might ask?”

“I’m…” He looked down at his sneakers and shoved both hands deep in his jeans pockets, still blushing and adopting the sullen slouch he always sank into when asked that question. “… Allison,” he muttered.

The shopkeeper paused, head tilting to one side in contemplation. Then in a lower, conspiratorial tone, Mo asked, “What’s your real name?”

His skin prickled and he came out of the slouch a little in surprise. Warily, he asked, “What are you talking about? Is this about my hair? Because girls can have short hair these days.”

“Girls can,” Mo replied evenly. “But you aren’t a girl. That box wouldn’t have drawn you like that if you were. It’s… special.”

Ordinarily he would have kept scoffing as a cover, but a feeling of relief was bubbling up in his chest somewhere behind the loathed C cups. He blurted out, “I was thinking Dylan.”

Mo gave him a small smile. “Then this is yours.”

The shopkeeper reached out, took the music box from the shelf, and tilted it to a better angle in the low light so he could see the carving. Although he could’ve sworn that he hadn’t felt any kind of pattern a moment ago, there it was in elaborate curly letters: Dylan.

“Take it,” Mo urged. “Never look inside. Every night before you go to bed, turn the key three times, open the lid without looking, and spin around the room counterclockwise until the music stops. Then close it and go to sleep. Do this for a fortnight and it is good luck.”

“What happens if I look inside?” he asked skeptically, but still he reached out to accept the box.

Mo put it in his hands and shrugged. “That is bad luck,” the shopkeeper replied simply.

He felt silly following the shopkeeper’s weird instructions yet, he found himself turning the key before bed. Averting his eyes and telling himself it was just because he was curious about what tune it would play, he finished the third turn and opened the lid.

From out of the box poured the smallest and most perfect music he’d ever heard. It was simple and true and it wrapped him up in a warm feeling and spun him in circles. Twirling like that in the middle of his bedroom he should have felt like a little girl trying to be a ballerina, but he didn’t. He felt like a guy being clumsily bad at something but not giving a shit because it was what he wanted to do. The music seemed to whisper all the things he’d needed to hear but always been afraid to ask for, gently giving him permission to be himself.

It felt as though, after being constricted all his life, the invisible bindings were ever so slightly beginning to unravel.

When the song ended Dylan dutifully closed the box without looking. Then he crawled into bed and used his smart phone to google how long a fortnight was.

One thought on “#AtoZChallenge — M is for Music Box”